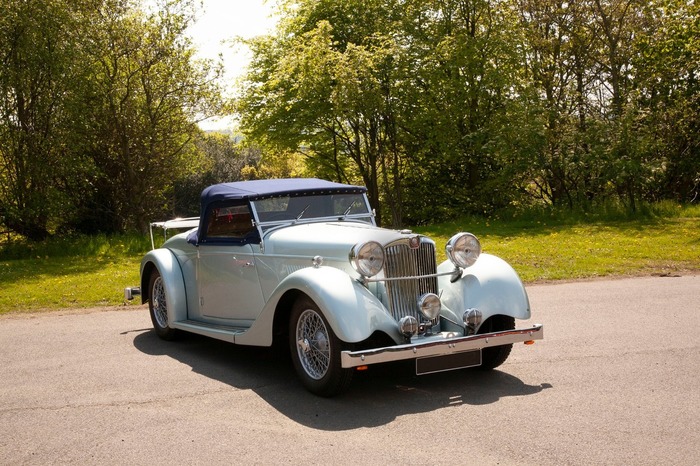 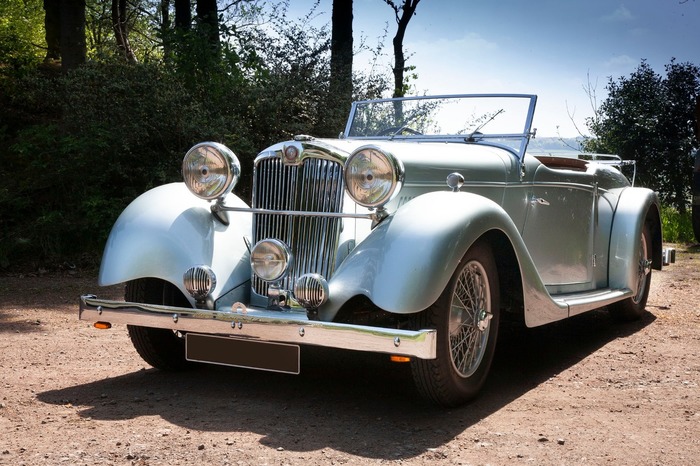 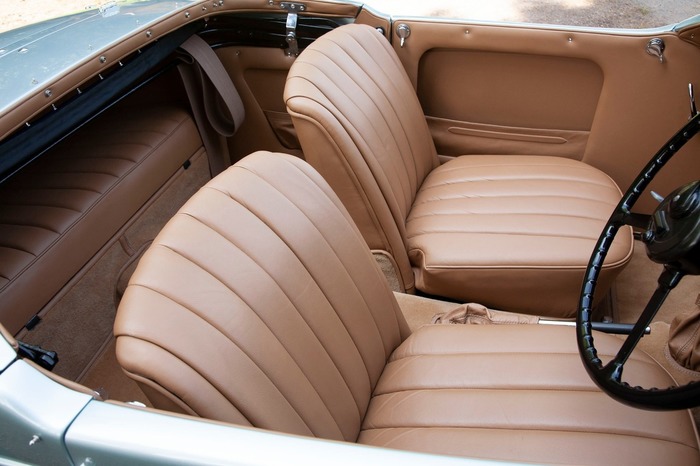 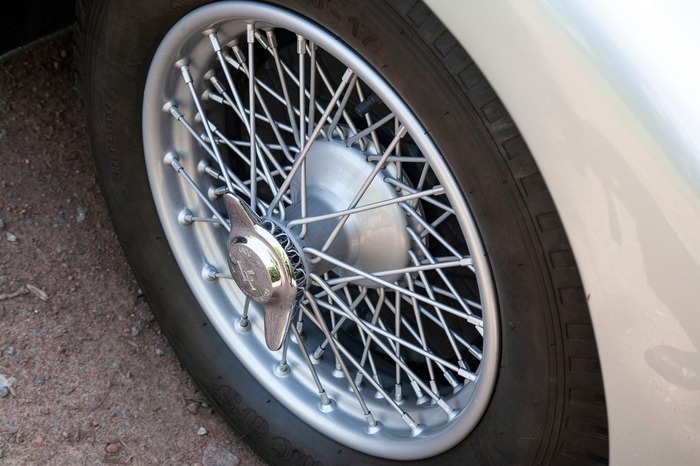 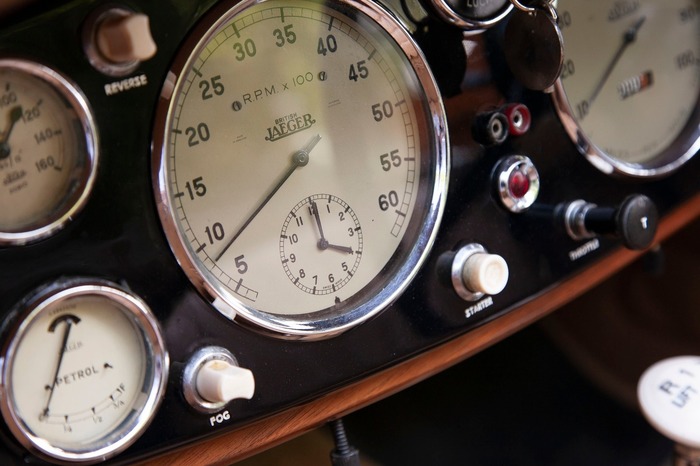 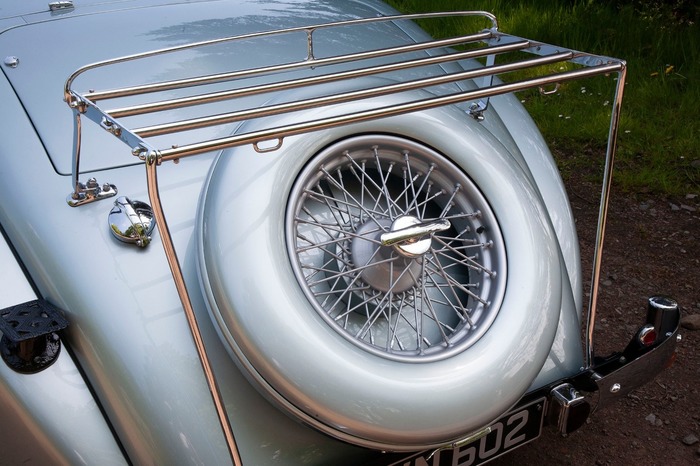 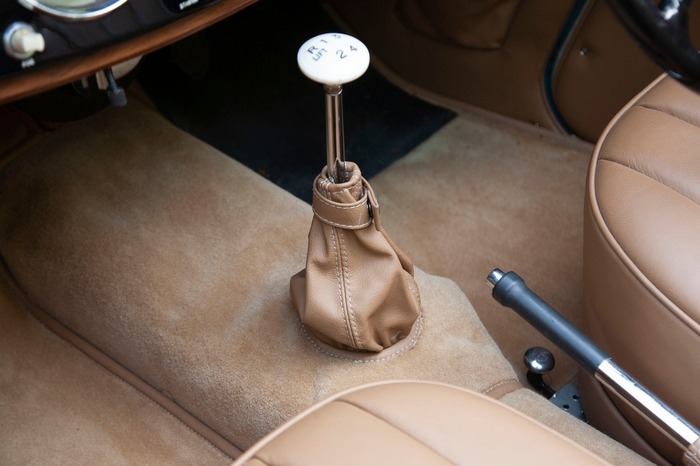 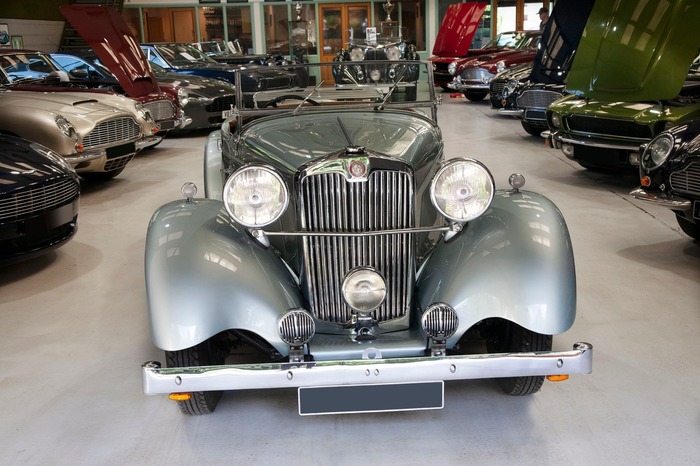 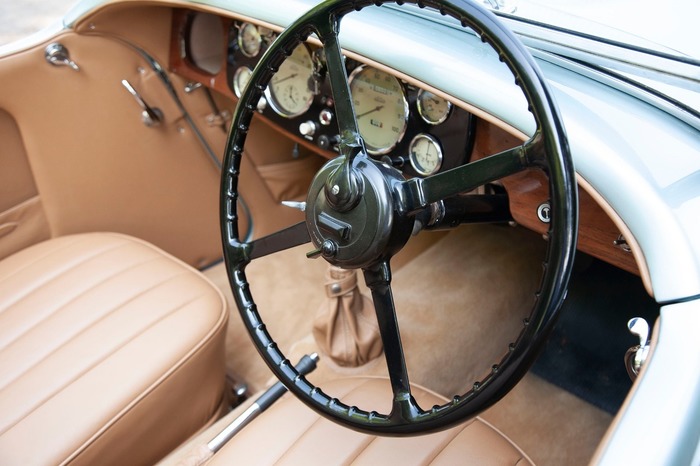 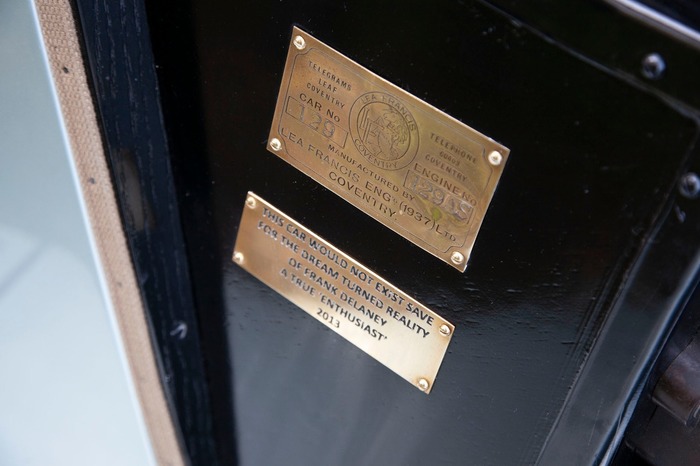 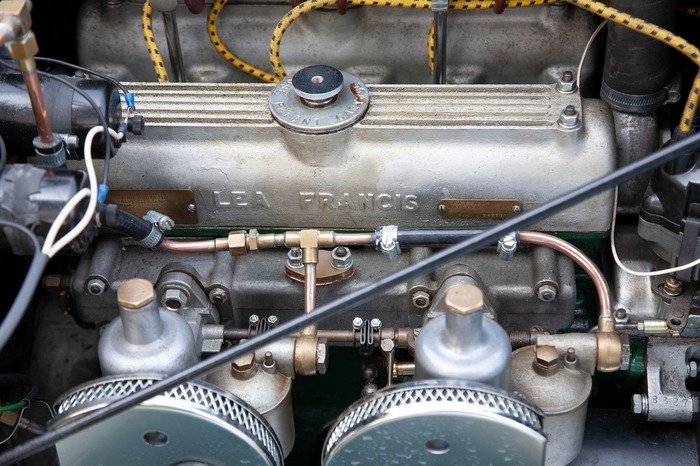 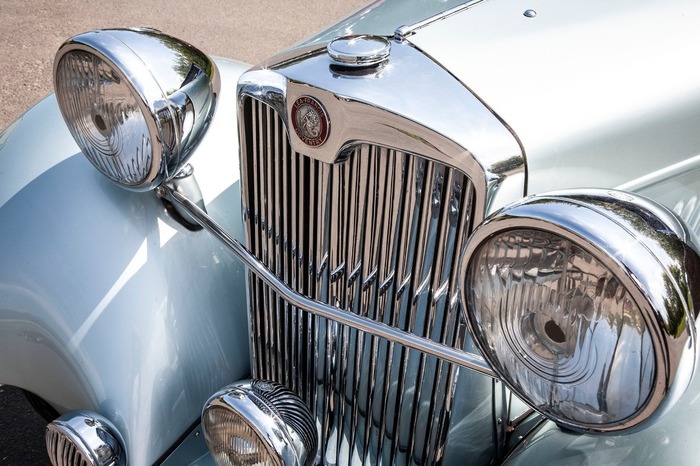 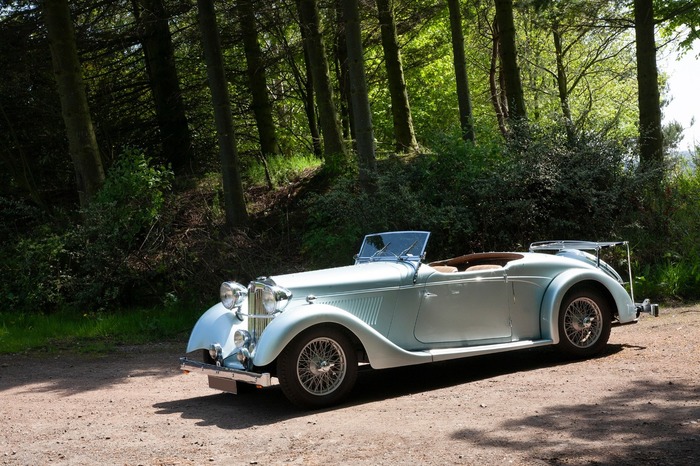 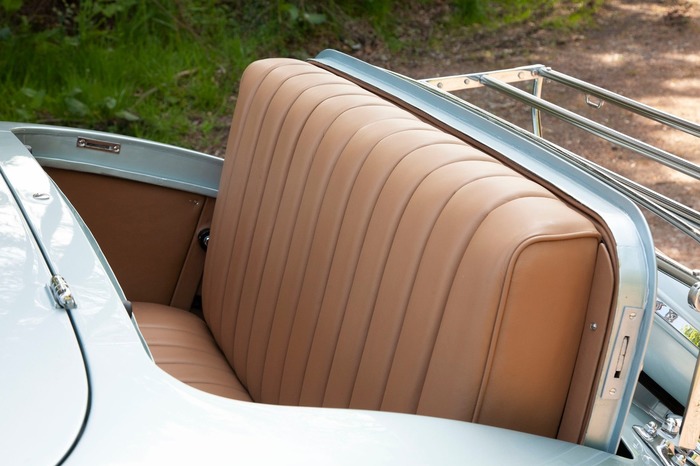 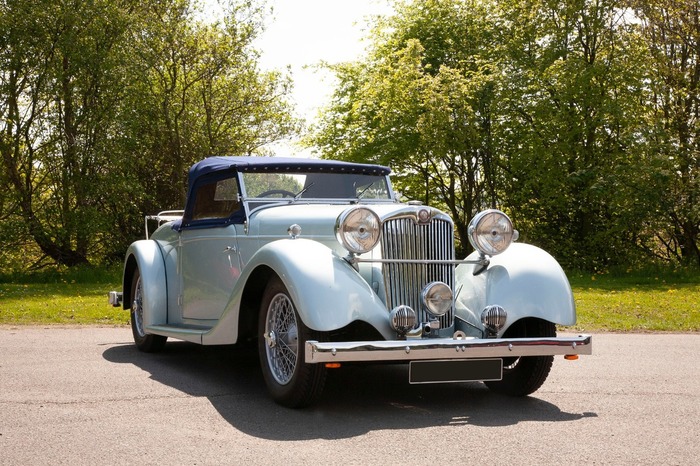 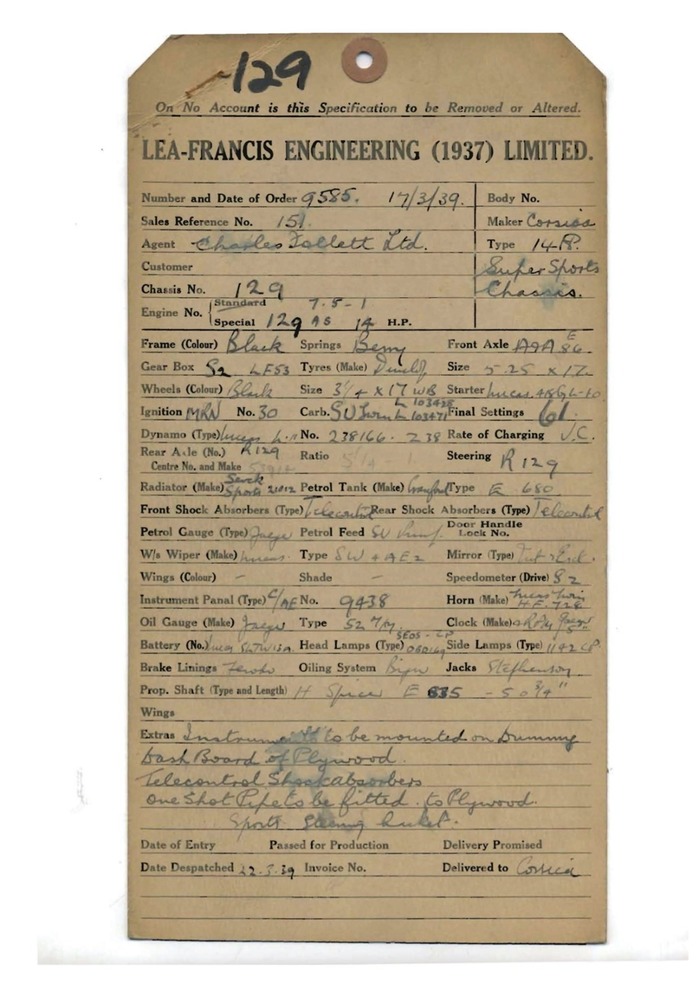 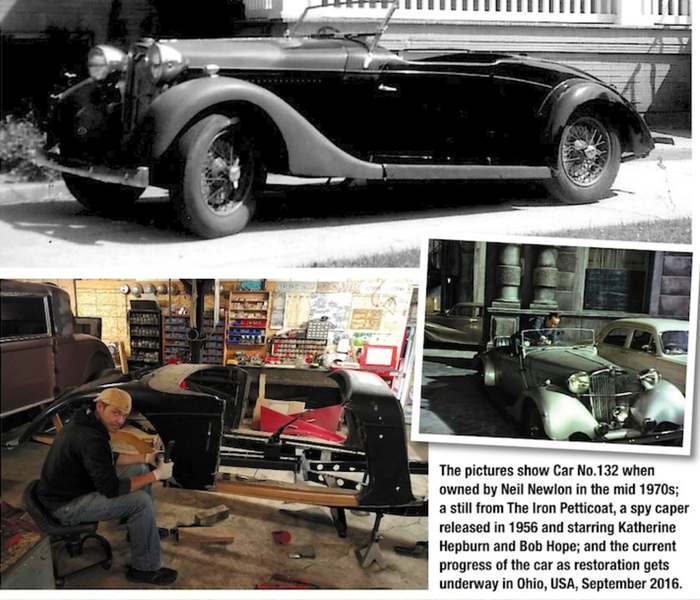 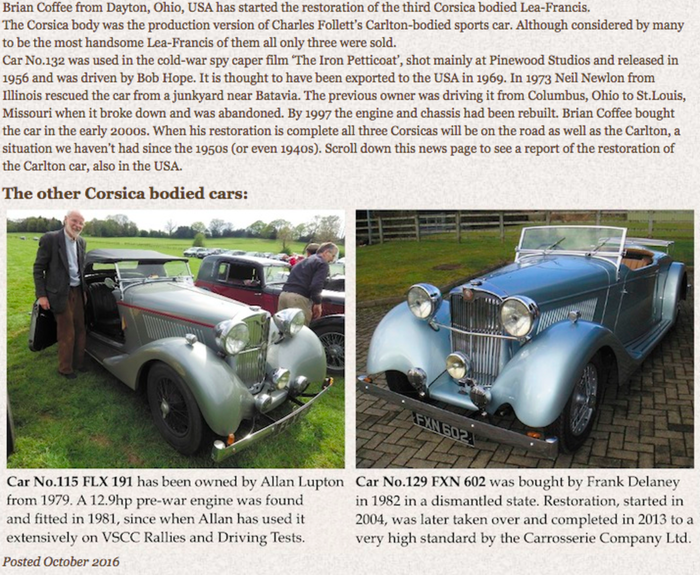 - One of only three Corsica-bodied Super Sports built

- Eligible for a wide variety of historic motoring events

Despite having produced one of the finest small sporting cars of the late Vintage period - the 12hp P-Type - Lea-Francis was making a loss by the decade's end and went into receivership in 1931. Production continued at a trickle for the next few years before Lea-Francis re-emerged under new ownership in 1938, offering a pair of overhead-valve, twin-cam engined models designed by Hugh Rose, formerly with Riley. Built up to a specification rather than down to a price, the new models re-established Lea-Francis as purveyors of quality motor cars to those who preferred individuality to the banality of mass production.

The car offered here, chassis number '129', is one of only three Super Sports models bodied by Corsica. Based in North London, Corsica had been founded by Charles Henry Stammers, his brothers-in-law Joseph and Robert Lee, and Albert Wood. From premises in Corsica Street, Highbury they moved to Pentonville and then to Cricklewood. Specialising in quality makes, Corsica bodied numerous Bugattis and also chassis from Bentley, Daimler, Isotta Fraschini, and Mercedes-Benz. Corsica was a relatively small firm that allowed clients considerable freedom in determining their cars' final appearance – surely the ultimate in 'bespoke' – an approach that endeared it to wealthy sporting motorists.

Offered in 12hp (1.5-litre) and 14hp (1.6-litre) forms, the Lea-Francis chassis was constructed from channel section steel and came with a conventional four-speed gearbox as standard, a Wilson pre-selector type being optional. Pre-war road tests of a 14hp saloon recorded a top speed of 72mph.

Chassis number '129' is the second of three Corsica-bodied cars in a series of four Super Sports models, the first of which (chassis '52') had been commissioned by motor dealer Charles Follett, one of the newly reconstituted company's directors, and bodied by Carlton. '129' was originally commissioned by W G Iliffe of Ightham, Kent, a member of the eponymous publishing family. It is not known how long Iliffe owned the Lea-Francis, but the car was registered to one Kenneth Bedford on 28th June 1958 and was pictured in London in the spring of 1960 (see photograph on file). The accompanying old-style continuation logbook lists the next owner as John Allan Rayfield (from 17th February 1965). By 1977, while still owned by Rayfield, the car had been dismantled.

This ultra-rare Corsica-bodied Super Sports owes its continued existence to Lea-Francis enthusiast Frank Delaney, who rescued it from dereliction in 1982. Having acquired the Lea-Francis, Frank Delaney began the lengthy process of researching its original specification and finding any missing parts. By 2004 he had decided that if the project were ever to come to fruition it would have to be entrusted to a specialist. David Royle of Darlington commenced the restoration, which was later taken over and completed by The Carrosserie Company in nearby Barnard Castle.

The accurate restoration of low-volume coach built cars is always somewhat problematical, particularly with regard to the interior trim, but fortunately Carrosserie were able to photograph the Corsica-bodied Super Sports belonging to Lea-Francis Owners' Club chairman, Allan Lupton, as a guide to authenticity.

Sadly, Frank Delaney's poor health eventually forced him to find a new custodian for the car, which passed to the current vendor. In February 2013, Frank got the opportunity to enjoy the completed Lea-Francis, albeit from the passenger's seat. A little while later the remarkable story of '129' and its saviour was featured in The Automobile magazine's April 2013 edition (copy available). Fewer than 500 miles have been covered since the restoration's completion in 2013. Accompanying documentation includes the aforementioned logbook, sundry bills, a V5C document, and the aforementioned magazine article.