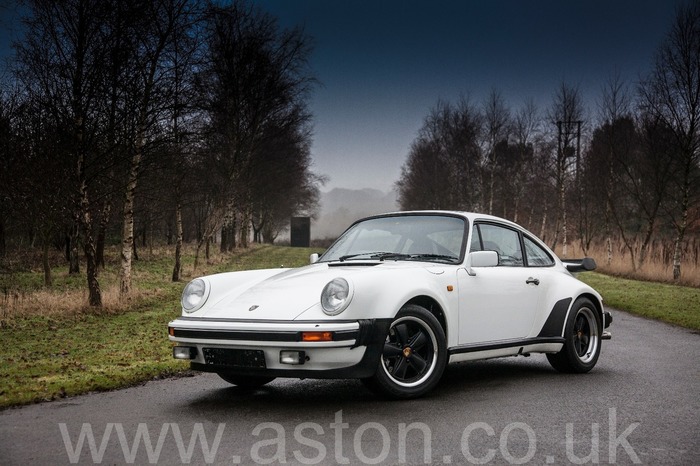 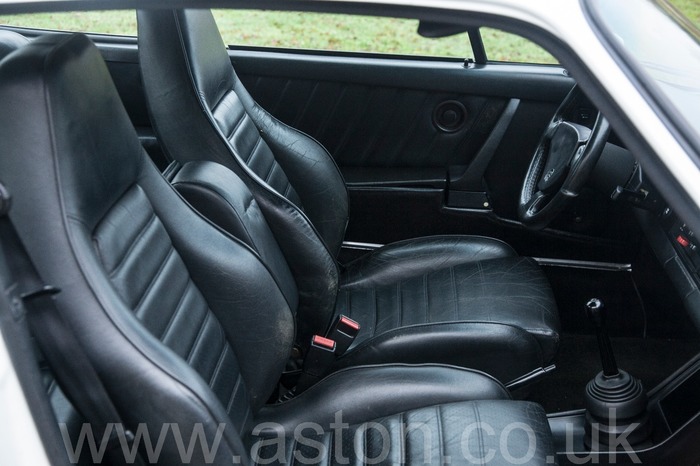 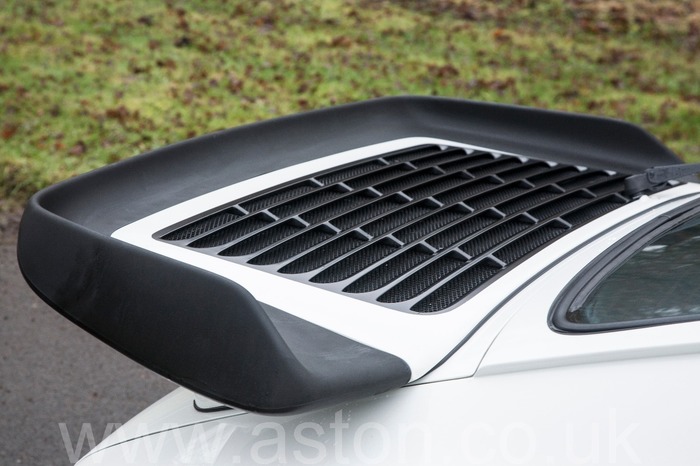 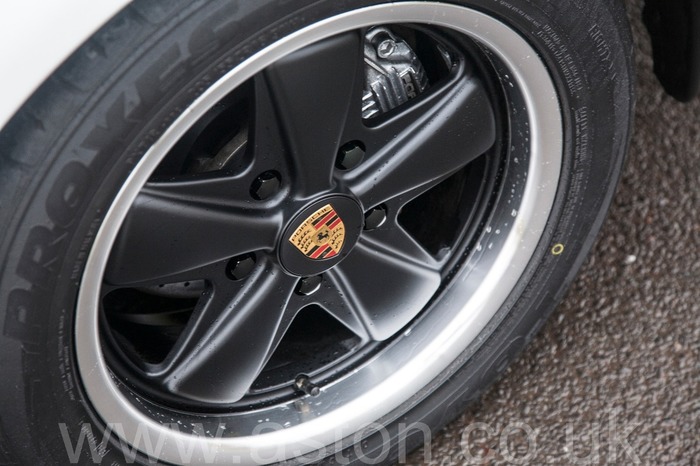 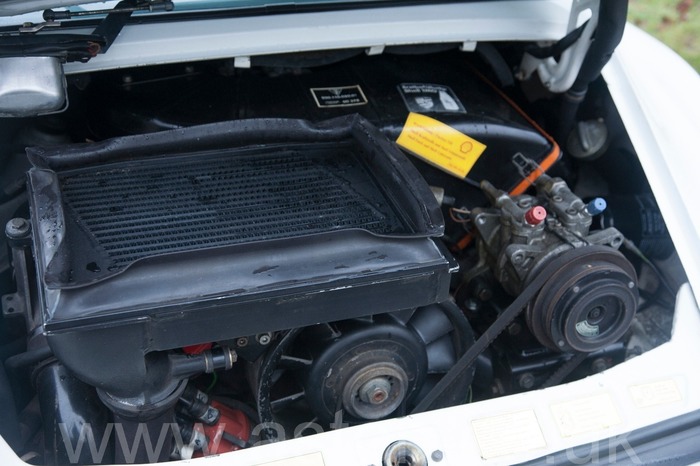 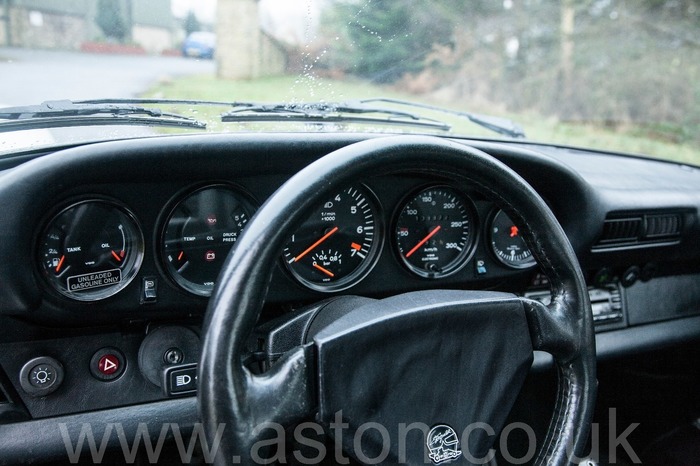 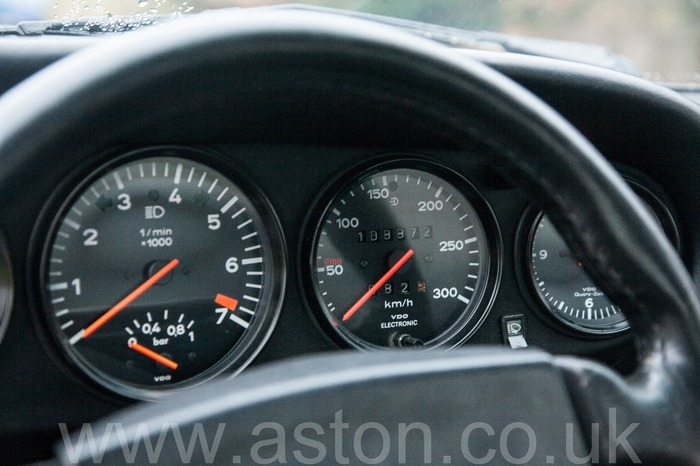 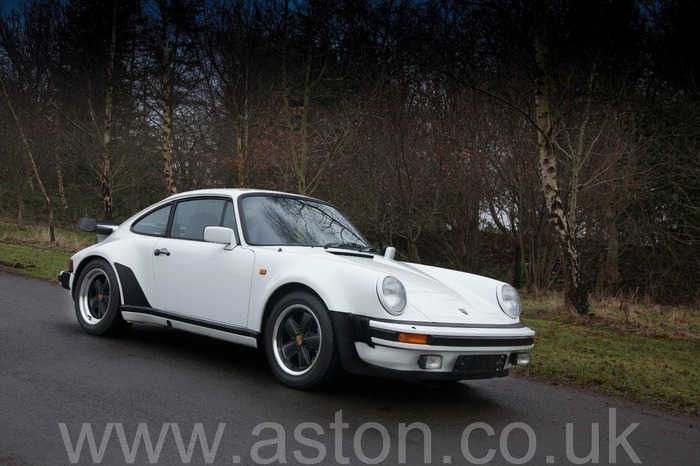 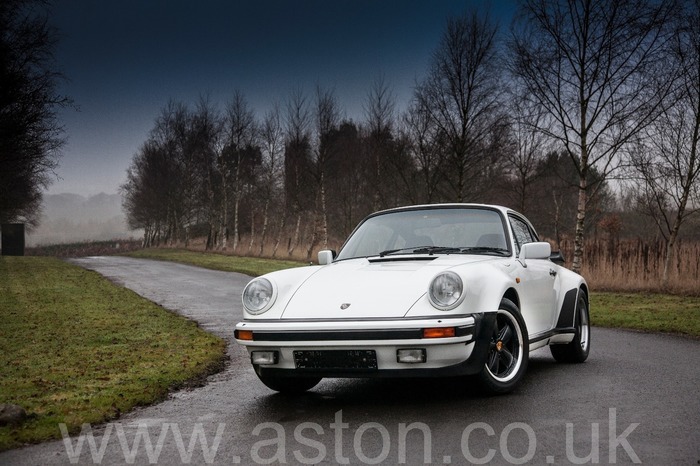 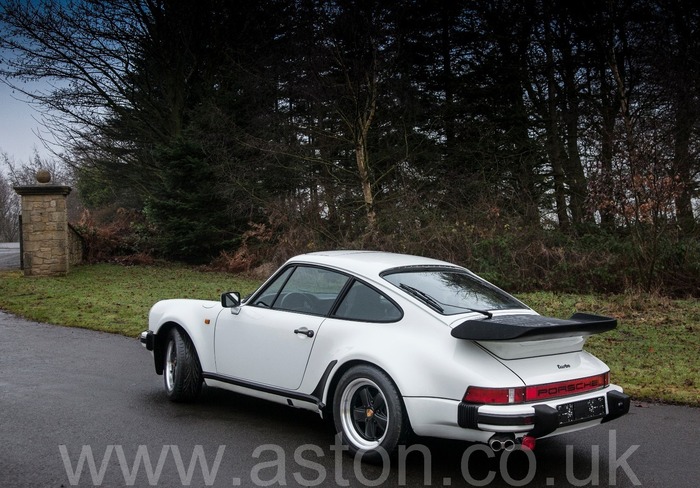 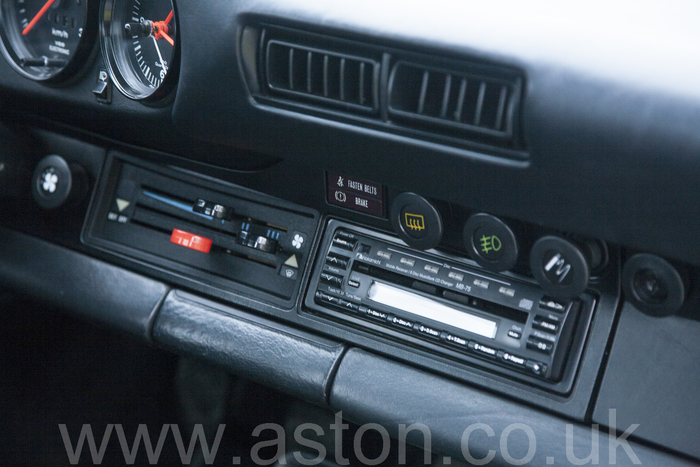 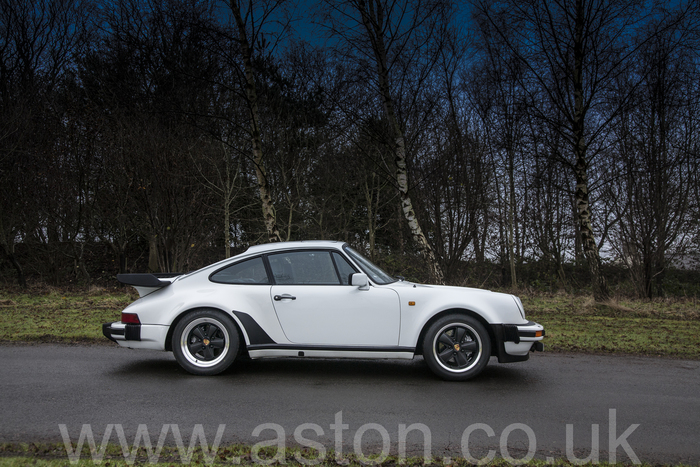 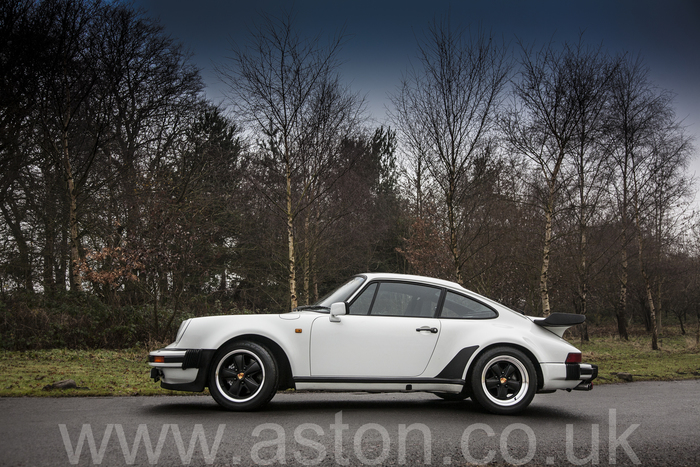 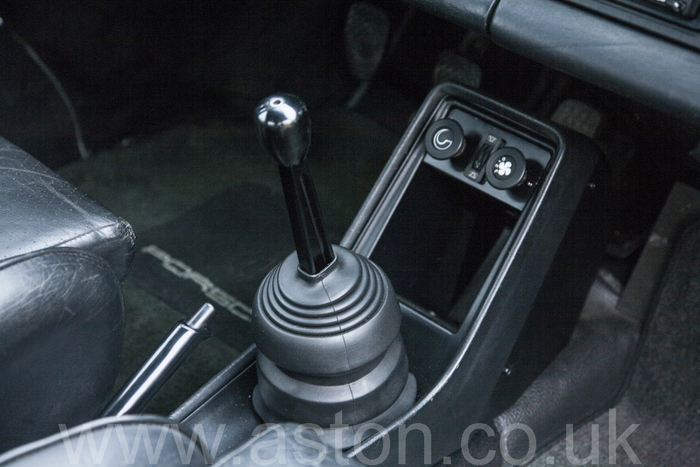 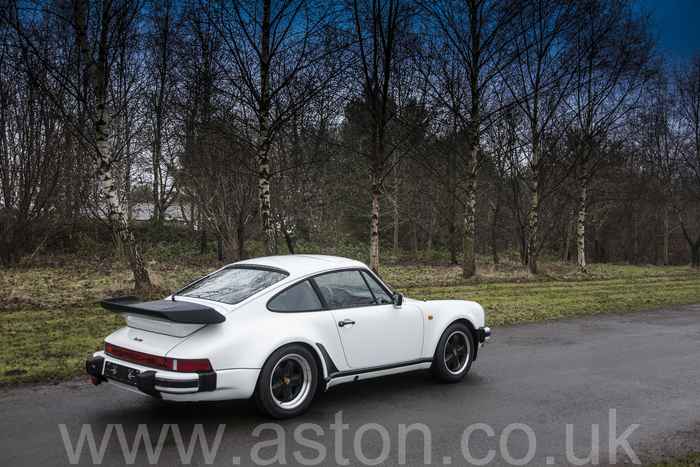 Porsche's initial work with turbocharged racing cars in the 1960s led to a turbocharged version of the 911. Though it was originally intended for racing, the market demanded that Porsche produced road-going versions. Suspension refinements, larger brakes and a strengthened four-speed gearbox rounded out the package, which included a functional "whale-tail" rear spoiler, wider rear wheels, upgraded tires and flared rear wheel wells. Simply called the "Turbo", it was released in 1975. “Project 930“ (internal designation for the legendary 911 Turbo) proved fast but demanding.

The turbocharged version as from 1978 has a 3.3 L (300 PS) engine and also received an intercooler placed under the rear spoiler. The 4-speed manual gearbox brings the acceleration from 0 to 100 km/h in 5.4 seconds. With a top speed of 260 km/h, the 930 Turbo was the fastest accelerating road car of its day. At all four corners are massive disc brakes keeping the car in driver 's control.

The 930 Turbo was in production for an incredible 14 years and is the epitome of supercar design.

This 1983 Porsche 930 Turbo has driven only 108.800 km and is presented in its original color combination of Grand Prix White over black interior. Incorporating the most luxurious interior yet seen in a 911, the Turbo featured leather upholstery, air conditioning, electric windows, a power sliding sunroof, power driver's mirror, driving lights, the typical “whale tail” spoiler and stereo system. The Porsche 930 Turbo is equipped with optional 16" black Fuchs wheels to reinforce the aggressive look of the flared wheel arches.

The car comes with its original 1983 owner’s manual and many invoices from the service period 2000 till 2009. The last owner bought the car in August 2000 with 68.000 km and drove another 40.000 km with the Porsche before she was bought by its current owner. The original odometer reading is traceable through the known service history. Since it is a Canadian example (no US specification !), this car is fully in line with European models, including an original km speedometer.

Delivered with extensive maintenance and many new parts installed, this Porsche 930 Turbo is ready to be enjoyed immediately.