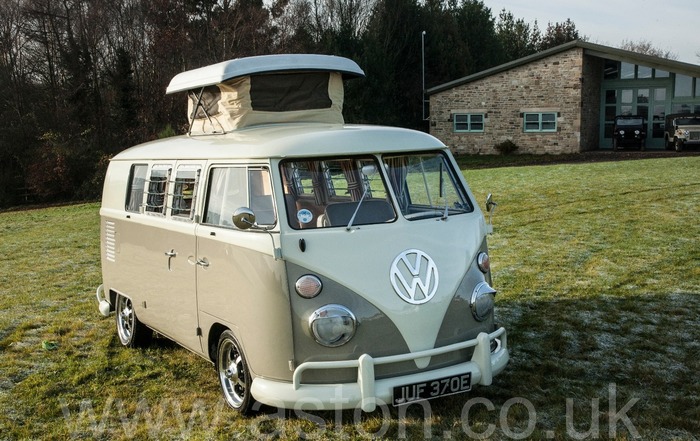 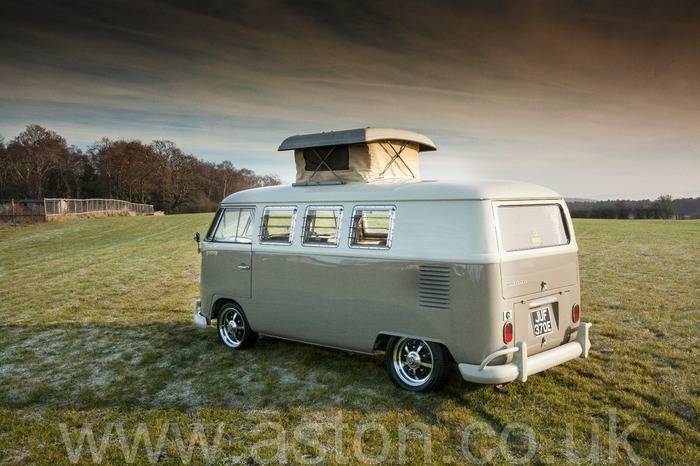 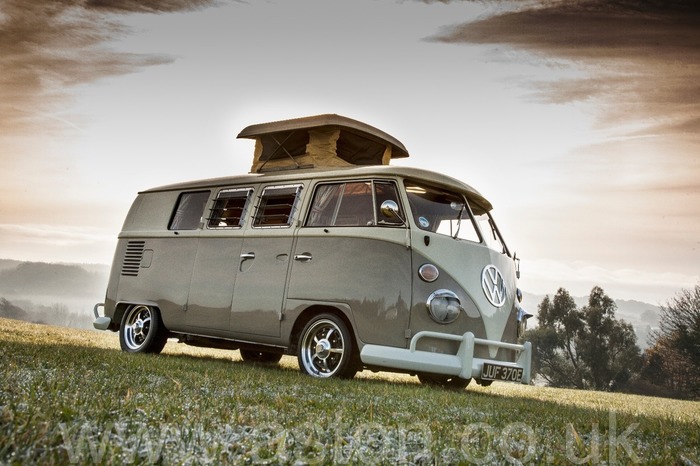 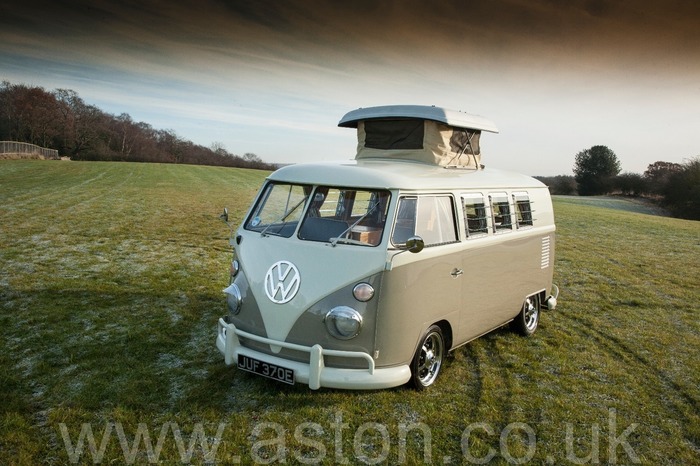 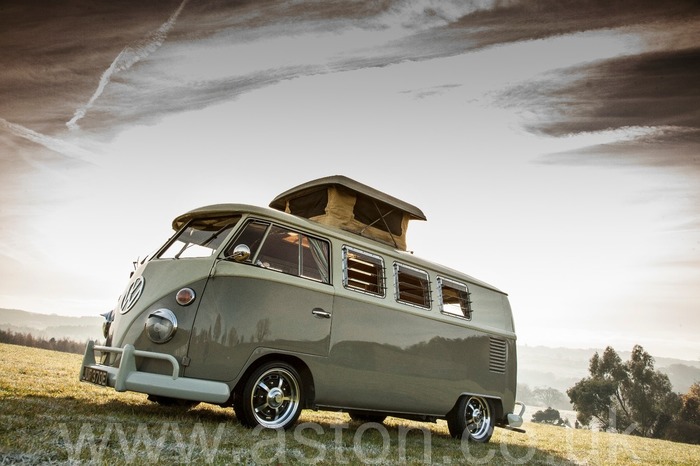 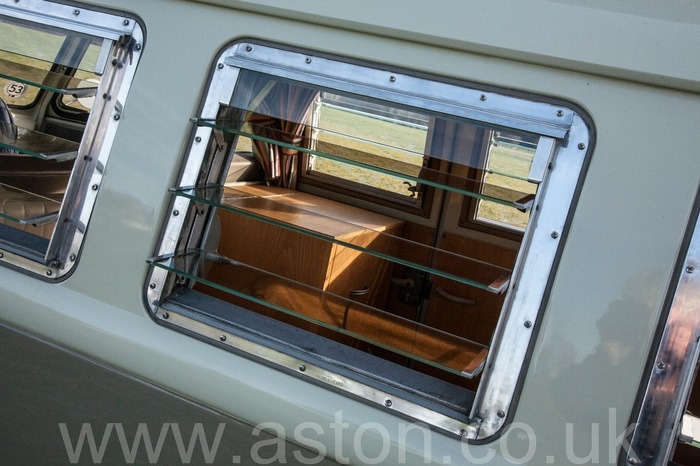 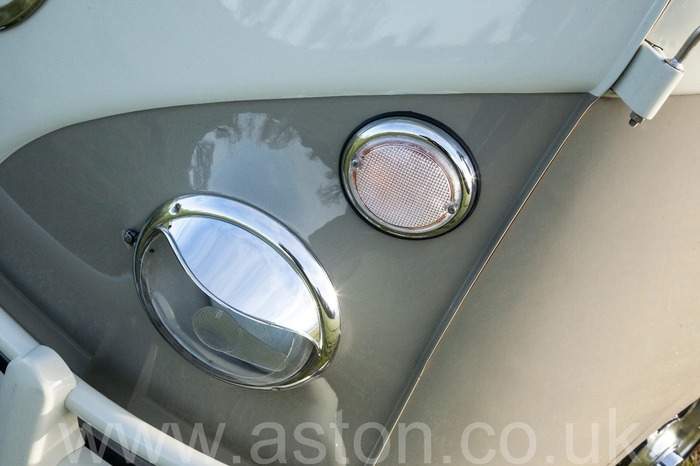 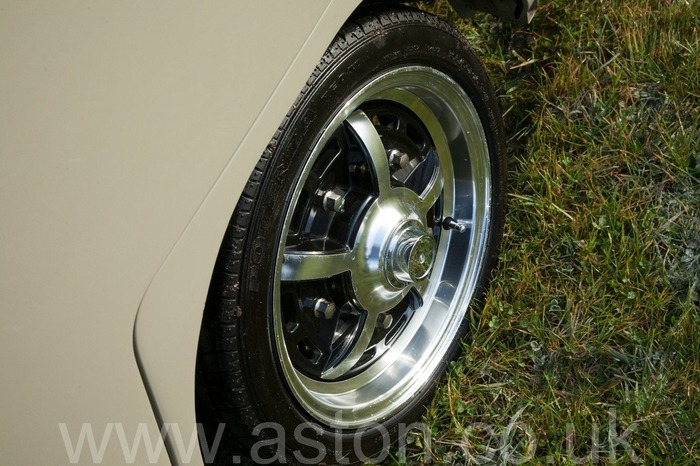 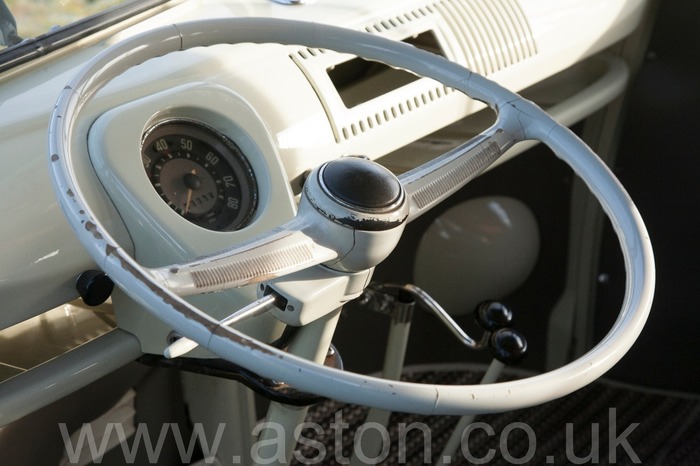 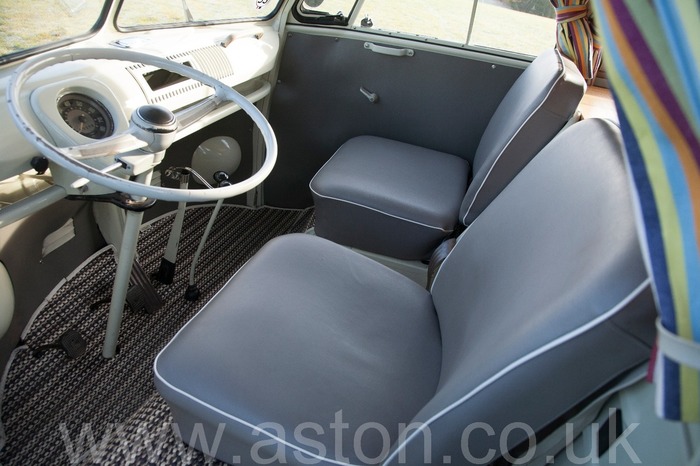 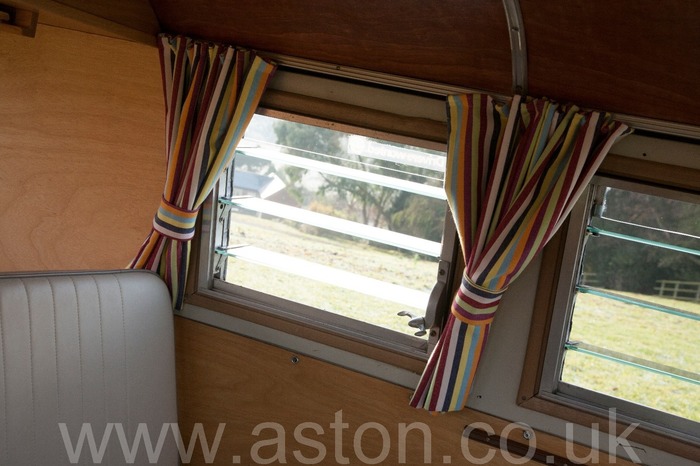 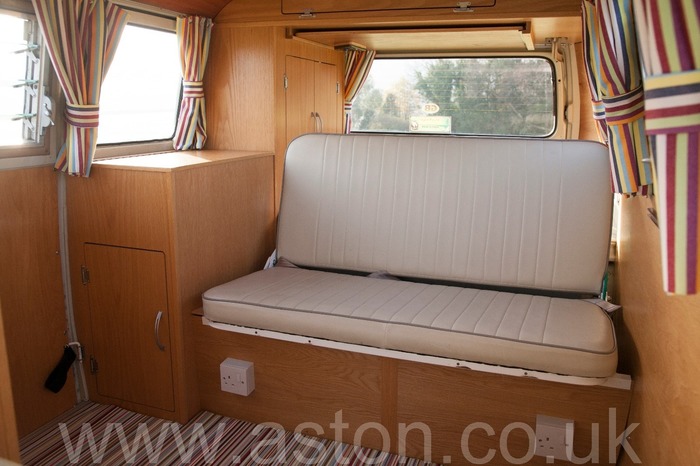 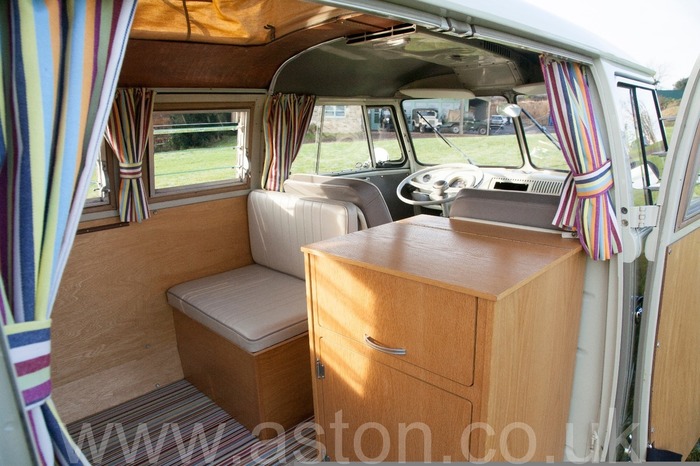 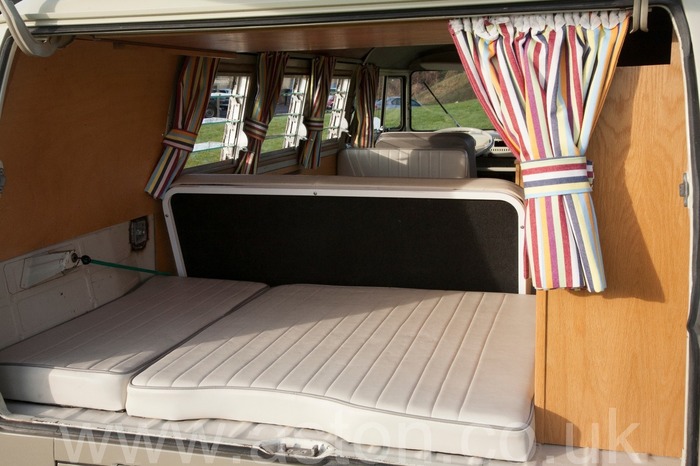 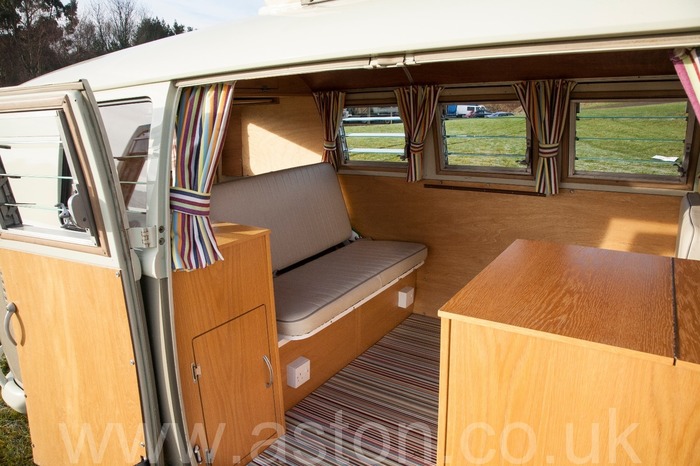 Offered for sale is a genuine SO42 Westfalia Split Screen Camper, the only conversion that could be ordered from the Wolfsburg factory.  This model is highly sought after, particularly with it being the rarer walk through model with the turret pop top.

This stunning example was imported from Alberquerque, New Mexico (dry state) and was restored by Europe’s leading VW restorers – Kieft en Klock in Holland www.kieftenklok.nl. The body panels are remarkably straight and look fabulous in the VW colours of Seasand over Pearl White.  All five original jalousie windows are present and in great working order.  The interior was refitted with bespoke cabinetry to the SO42 style with a rock and roll bed.  The pop top is in great condition and benefits from a new canvas.

The engine is the original stock 1500cc single port and it is still running the original reduction hubs.  The engine is very reliable and has recently had a new ignition coil and starter motor – starts like a dream.  It has been mildly lowered and has a beautiful stance, however, it could be returned to stock ride height very easily.

The camper has Raider style alloy wheels fitted.  The camper also benefits from a hidden electrical hook up connection.  Front and rear period seatbelts have been fitted for added safety.

The SO42 model is the one to own and values are sure to increase significantly in the next few years given the ever increasing prices of the Samba models.

This is a genuine German built North American spec, SO42 Westfalia camper, do not confuse it with cheap Brazilian imports of a far inferior quality.  The original and best!